Generally, each gelato store in Italy uses its original ingredients and formulations to create its unique taste.
People are enthusiastic about exploring a new taste of gelato using rare and precious ingredients.
A popular store, which has many franchised stores anywhere in Italy, produces the taste of ingredients of ice cream in bulk at its central factory to stabilize the taste and quality.
Each store can provide millions of delicious gelatos every day by freezing the mixed ingredients that contain milk supplied from its central factory and ingredients powder.

On the other hand, the gelato workshop certified as a gelato craftsman cannot use artificial ingredients. In other words, ingredients they use such as fruits, chocolates, nuts, mint leaves should be all-natural. Of course, the owner carefully selects milk, then mixes various kinds of milk according to the taste of gelato. They do not use any processed products such as artificial powder and liquid. A gelato craftsman needs sophisticated skills because it is difficult to adjust the formulation of ingredients and manage each ice-making process depending on ingredients.

In our gelato course, you will learn gelato making at a certified gelato craftsman store. It requires traditional advanced skills. A several-time award-winner gelato craftsman will provide “hands-on” guidance. Our students also won the prize in the gelato contest with Matcha gelato and Hojicha(roasted green tea) that they had developed.

A Japanese interpreter assists you, so you don’t need to be worried about language barriers. You will be able to concentrate on your work in the gelato course at the Florence Culinary Arts School.

In the first week, you will learn about the production process, the secrets of craftmanship, and gelato ingredients.
And from the second week, you will be practically involved in manufacturing gelato and experience selling gelato in the actual store.

The taste of gelato hand-made by craftsmen is completely different from industrial products. This is due to a large difference in the air content. Handmade gelato, which is rich and has little air, creates an exquisite taste. And its texture cannot be described as a simple dessert. Gelato making requires a well-thought-out production process. You will experience and learn each process then acquire gelato-making in this course.

Gelato is something that you’ve eaten without giving it too much thought, but from now on you can make your own gelato with the best ingredients and advanced techniques. 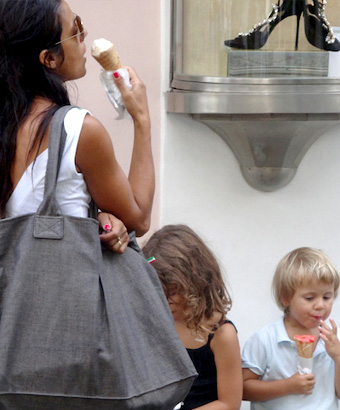 *Schedule is subject to change without prior notice.